Chocolate? On Weight Watchers? Never ... But You Can Get Your Fix From Chocolate Tea! 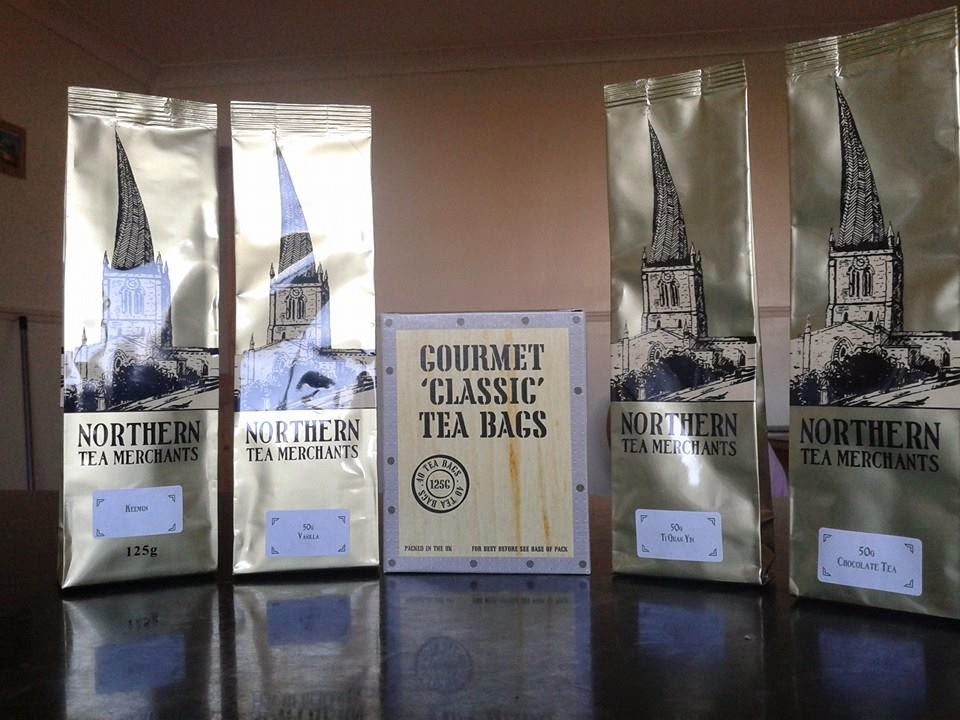 As I've written many times on here, I've met some lovely people through the tea world, and in particular via this blog. Rebecca, a fellow blogger is a good pal, Kirsten and Alex from Twinings put up with my never ending questions about what lines they are making and if the Basil and Lemondrop tea is any good. And the list of nice new people I'm talking to is ever growing.

Last week I had shared a couple of emails with a couple of lovely chaps, Brian and James, who own the Northern Tea Merchants. They kindly agreed to send me some tea to try. Then, I received a lovely email from James, who had noticed that I was on Weight Watchers and said he'd add some chocolate tea that could be as nice as a pudding, without all the calories of a bar of chocolate. I thought that was a considerate, thoughtful thing to do!

My tea arrived in the post on Saturday, and yesterday whilst the roast was cooking I pulled out my trusty one cup pot and got ready to brew! 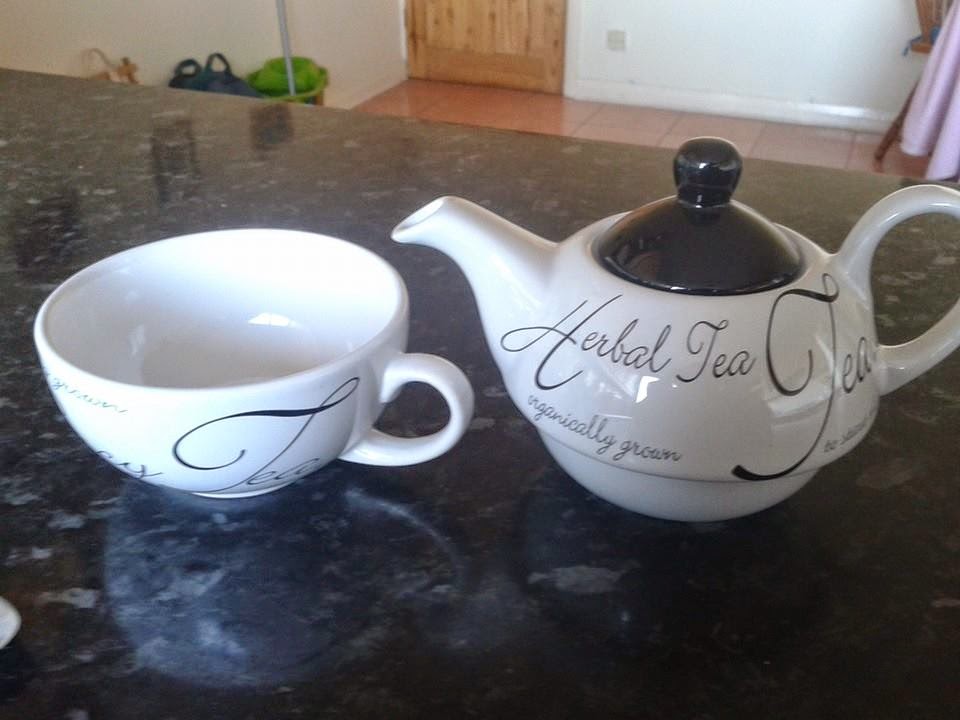 When I opened up the packet of loose tea, the aroma of dark chocolate was fantastic. It took me back to the days when I could demolish a bar of chocolate without even thinking about it! Mixed with the dark chocolate came a wonderfully rich vanilla scent which was mouthwatering.

The leaves in the loose tea are quite large, which is encouraging as it means I will not get tiny grains of tea floating in the bottom of the cup, something I hate but can't ever seem to prevent. And generally, the larger the leaf, the better quality the tea.

I used one heaped teaspoon of the tea as I felt that would be enough considering the chocolate content.

As there was no brewing instructions, I fell back on my tea knowledge. I let the water cool slightly and left the tea to brew for four minutes. All the while, the scent of chocolate filled the whole kitchen.

The tea brewed to a lovely amber colour. 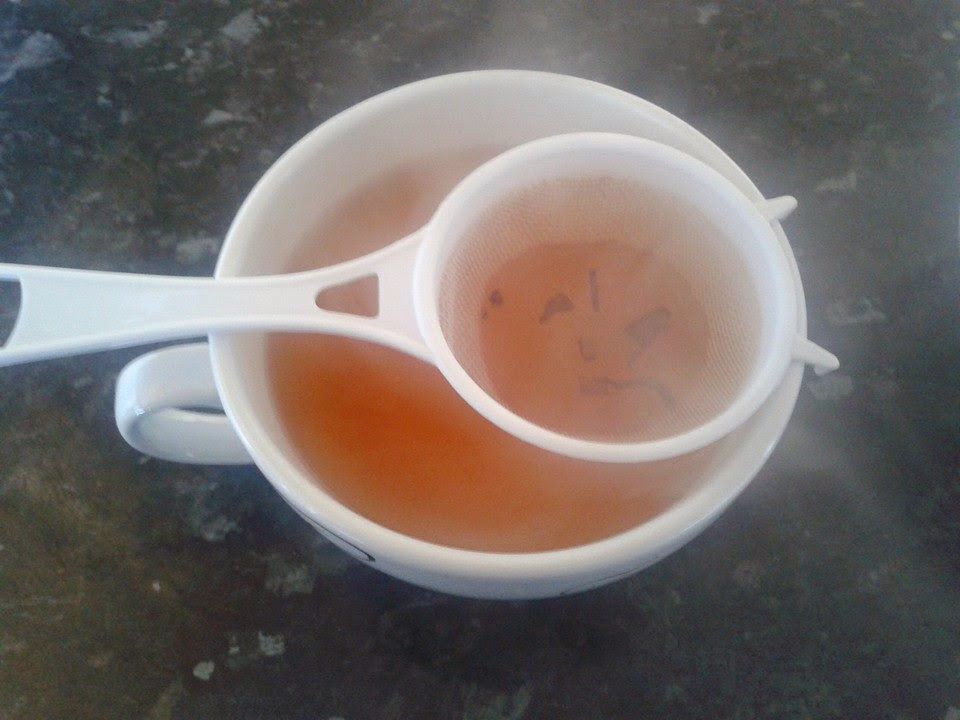 As I sat down to try this tea, I enjoyed the wonderful smell. It has a earthiness to it, which comes from the roasted cocoa shells. It gives the tea a slight kick, and the roasted flavour is brilliant at adding a depth of flavour to the tea, but also prevents the tea from being too sweet as well, which is good as I'm not used to anything overly sweet anymore.

It has a lovely texture, and the tea just feels so lovely to drink. Almost velvety.

The chocolate tea is perfectly balanced, too. The chocolate is far more subtle then the aroma would suggest, but at the same time is rich enough to taste . It makes for a enjoyable tea, not at all sickly. It's incredibly flavoursome and satisfying, and gave me a lovely chocolate hit - something I've missed since Christmas, which was the last time I had any chocolate.

Although my pot is a one cup I can actually get about a cup and a half from it. When I went to pour the second cup, I experienced a stronger, richer taste, which was a far more sweeter then the first.

My overall opinion is that this is one delightful, and utterly different tea. I have had chocolate in tea before, but it was in addition to other ingredients rather then being the base flavour of  the tea.

I thoroughly enjoyed this brew. And, to James - it really was as good as a pudding!

I store my used teabags and tea leaves in a container on the unit (I can't bear to put wet bags and leaves straight in the bin, in case it all leaks!) and whenever I come into the kitchen, I still get the wonderful chocolate scent. Very enjoyable!

Northern Tea Merchants are based in Derbyshire. They have a website but they also have a shop which can be found at 193 Chatsworth Road, Derbyshire, S40 2BA. If your in the area, please do pop in, the shop looks lovely. I know that when I'm next in that neck of the woods I'll be visiting for sure!

Tea Lover
Since 2010 I have been a tea obsessive, when I took my first sip of the famous Mulled Spice tea. Since then I have been on a absolutely fantastic tea adventure, where I've tasted some of the finest tea going, and have met some extraordinary people. Writing is also a passion. Through these two interests this blog was born. Nothing gives me greater pleasure then writing about the thing I love most - tea! My blogs are always honest - my aim is to bring honest reviews to other tea lovers, as well as the casual tea drinker, so they, too, can enjoy tea and all the wonders it brings. If you are interested in having one of your tea's feature on this blog then please don't hesitate to contact me on: laura.burley79@gmail.com I hope this blog not only provides you with interesting information but also gives you the inspiration to try all of the wonderful blends out there. Happy tea drinking everyone!